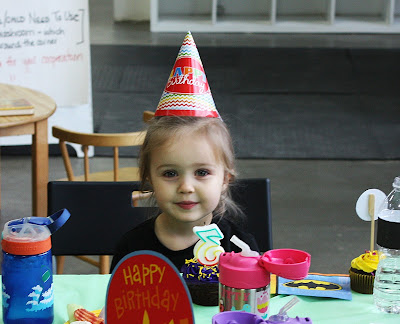 This is the first year we had her party outside of the house.
Her 1st and 2nd birthdays ended up being adult parties because nobody was ever able to
make it due to kids being sick or the party times interfering with naps.

But this year she had a pretty good turnout!

We had it at a Gymnastics/Cheer Gym, which was super fun for the kids!
We didn't go crazy with decor, because we only had 30 minutes in the party room and the thought of decorating for such a short seemed a little crazy.
Not decorating turned out to be a good thing, because the party "room" was actually just the lobby/waiting area...apparently the party room was under construction/there is no party room, yet.
They neglected to tell us that. But overall it was a great party.

Anyways, here's her party! And keep in mind, I only have pictures taken with my iPhone because I broke our camera (it fell off the table) in December. 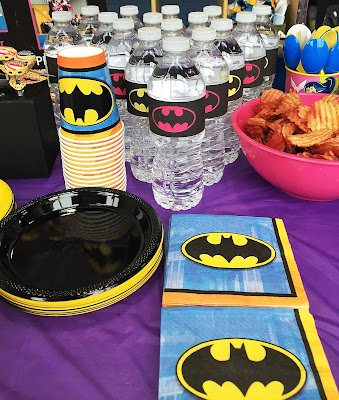 Like the decor, we kept the food simple. The party was from 1:30 - 3:30 so we just had snacks like, fruit, veggies and dip, goldfish crackers, munchie mix and Olivia's favourite, ketchup chips. 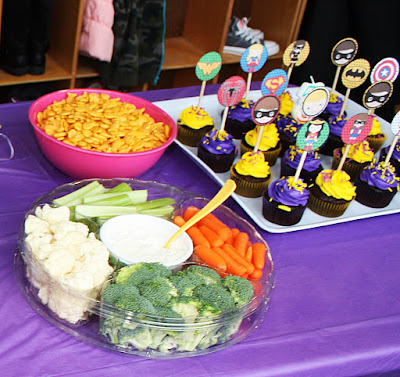 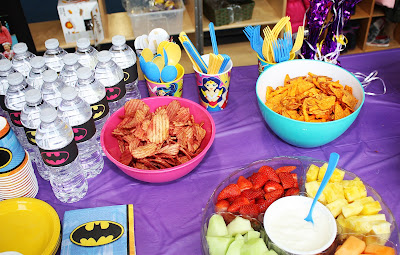 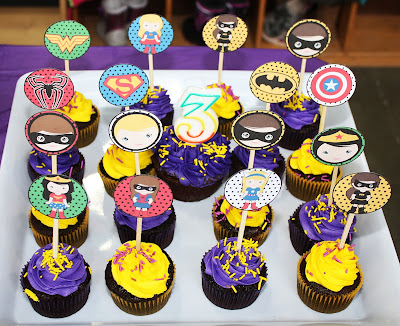 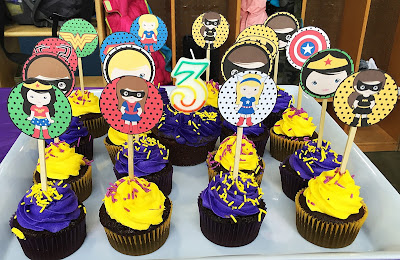 And the superhero lollipops! 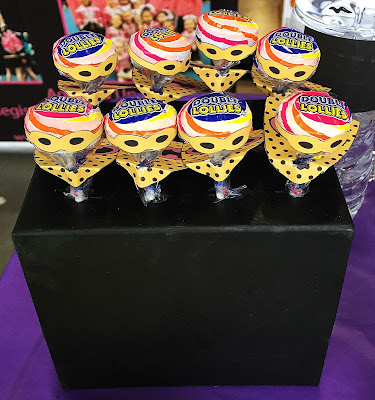 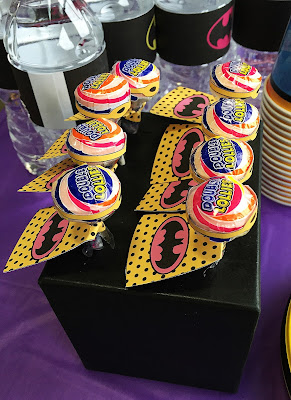 The cupcake toppers and lollipop capes were
from Kawaii Kids Design on Etsy.

I had originally planned to make a Batgirl Doll Cake for her party, but then decided that cupcakes are so much easier than cake at a party.
So on her actual birthday, I made her the cake! 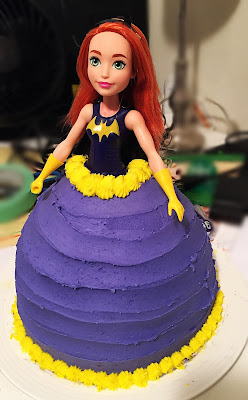 It's not my best work, but it's been a year (Olivia's 2nd Birthday) since I've done a cake like this!
Even though we were all sick on her birthday, she loved her cake and had a fun day!

Directions:
Dissolve the salt in the cream and stir.
Beat butter until slightly fluffy.
*Add extract. Start with one teaspoon and add more slowly, to taste.
Add icing sugar, one cup at a time, beating well on medium speed.
Scrape sides and bottom of bowl often.
When all sugar has been mixed in, icing will appear dry.
Gradually add cream until light and fluffy. If icing is too thick, add more cream 1 teaspoon at a time.