At the end of September, my mom turned 60.
Earlier this year, like in March or April, she started telling us that she didn't want a birthday party.
So naturally, we went ahead and planned her a surprise party. 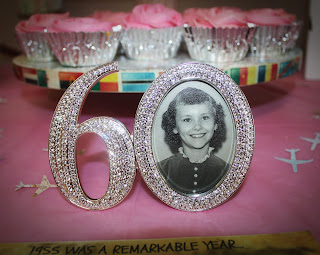 My mom is a travel agent, so we went with a travel theme.

The Guest Globe
Instead of a traditional guest book, we had a guest globe. Each guest left a special message for the birthday girl right on the globe. 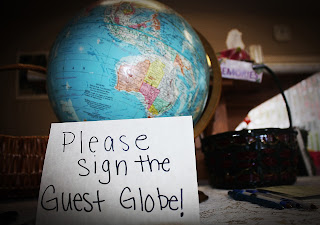 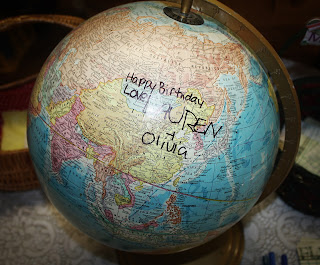 60 Years of Memories
When I mailed out the invitations, I included some blank cards with a note attached asking each guest to write down their favourite memories of the birthday girl and bring them to the party.  When they arrived, we collected them and later gave them to my mom. 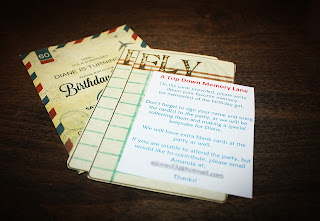 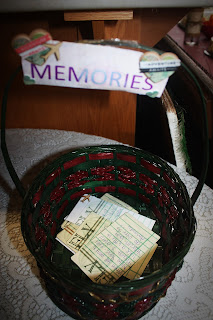 Table Decor
Each table had a '1955 Was a Remarkable Year' card on it with some interesting facts from 1955, the year my mom was born. 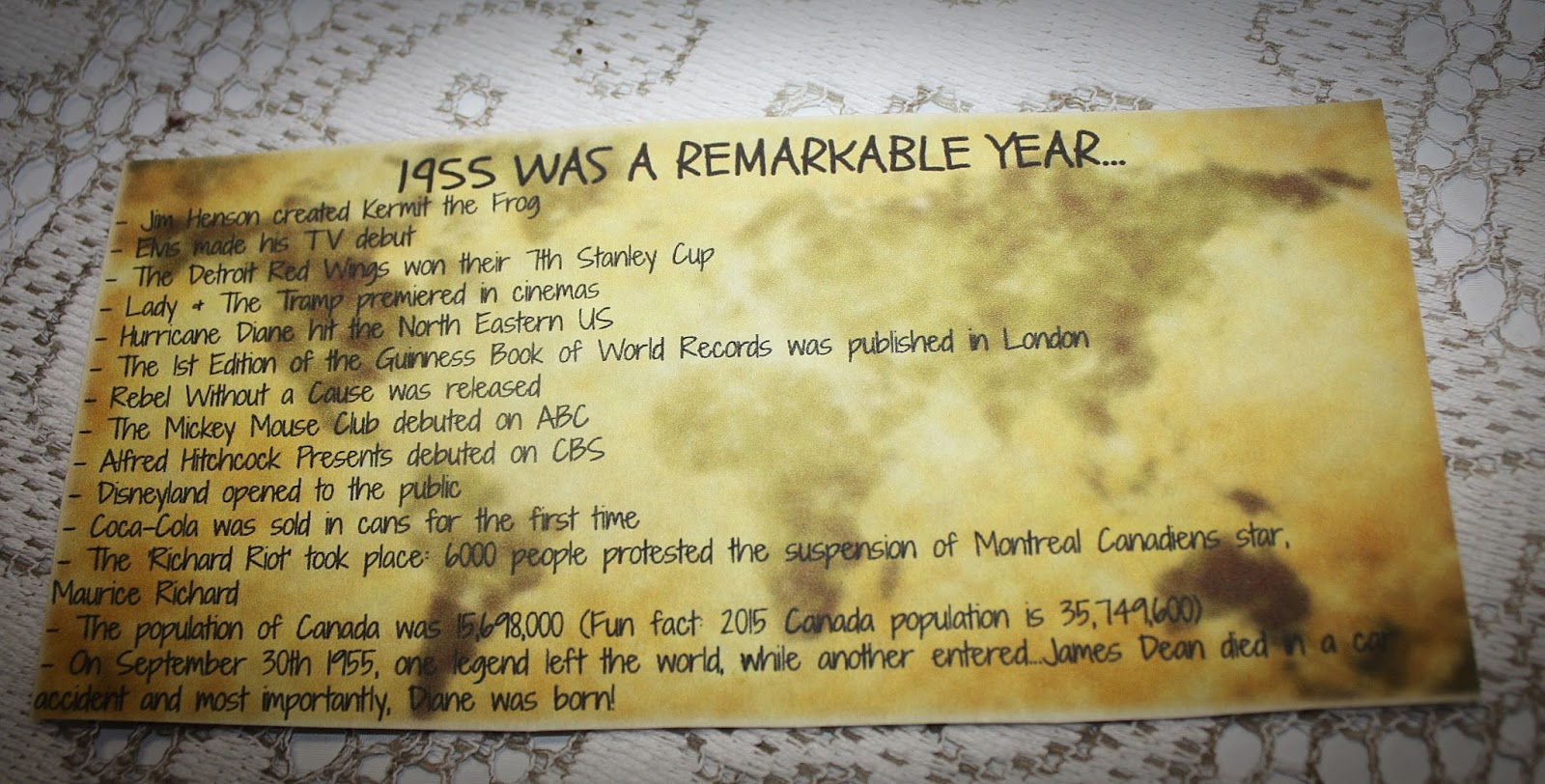 The Flowers
I got the vases at the dollar store. To incorporate the travel theme, I wrapped a piece of brown craft paper around it, followed by a piece of map that I had cut and finished it off by wrapping a piece of rope around it and tying a bow.  So easy and cute! 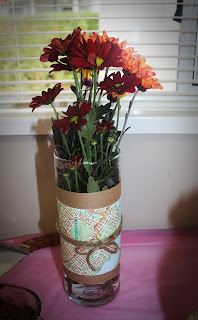 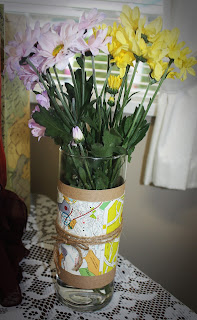 One of my favorite things was the airplane confetti. Look how cute it is! 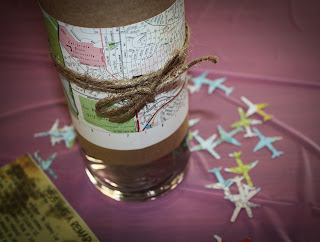 The Travel Table
My Gramma had the amazing idea to set up a table with a map and markers of all the places my mom has traveled. We also included some souvenirs from some of the places like, Italy, China, Switzerland and Portugal. 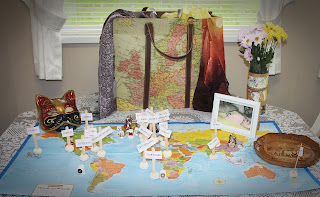 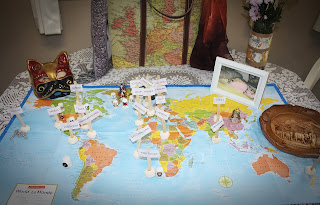 The Food
I forgot to take a picture of the food table once it was completely set up, but we kept it simple. The party was at 1pm, so we figured everyone would've had lunch by then, so appetizers/snacks were the best way to go.
We had chips and dip, cheezies, a fruit and veggie tray, homemade sausage rolls (made by Gramma), and an appetizer plate with mini pizzas, pulled chicken sandwiches and other goodies.

The Dessert Table
We had brownies, little apricot turnovers (both made by my Gramma), an assortment of squares and of course, I made cupcakes! 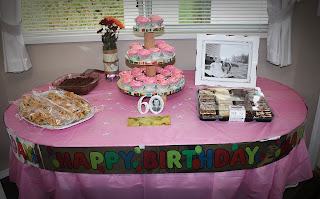 The Cupcakes
My original plan was to make globe cupcakes, which I did...but they didn't turn out. They looked great, but were under cooked (even though when I checked them my cake tester came out clean).
I had wanted to cut off the tops, make a heart cut out (with a cookie cutter) and fill it with pink or red buttercream.

So at 9:30pm, when I realized that those weren't happening I needed a Plan B. I was running out of time, as I needed to get a kid to sleep and the store by our place closed at 10pm. And I didn't feel like being up until 3am.
That's when I decided to make my no fail, always delicious, throw everything in the mixer, Pink Lemonade Cupcakes! 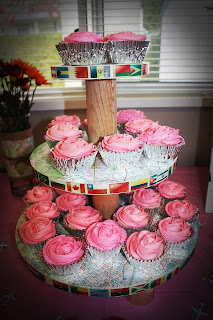 And topped with pink buttercream, they were a success!

The cupcake stand, which, I love and am super proud of, was another DIY project that Dave and I made. Well Dave did most of the work, I just told him what to do. 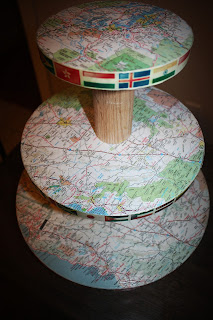 Dave built the cupcake stand and then we cut pieces of maps to fit each tier. For the edges, we printed little rows of flags we found on google. To keep the maps and borders in place we Modge Poged it. 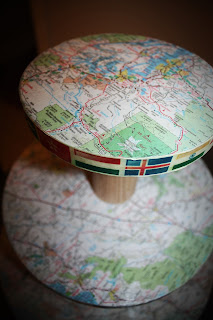 
Combine all of the ingredients in an electric mixer and begin by mixing low for 30 seconds, then increase the speed to medium for another minute.

Divide the batter evenly, filling the liners about 2/3 full.

Bake cupcakes for about 18 - 23 minutes, or until cake tester comes out clean.

Allow cupcakes to cool before frosting. 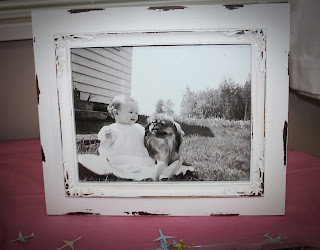