Kids in the Kitchen: Gingersnaps

Lauren loves visiting her Great Grampa at his nursing home...and by visiting, I mean she sings and dances for him and tells him 3 year old stories. It's pretty cute!
Grampa isn't in the best shape - he doesn't see or hear well, and isn't the chattiest. You can't blame the poor guy though, he's almost 93 and was farming right up until he was admitted to the hospital a couple years ago.
He'd much rather be on his farm than lying in a bed.
Even though he doesn't say much, he really enjoys it when the girls, (and us, I think), come to visit.

Who wouldn't want to see these faces??!! 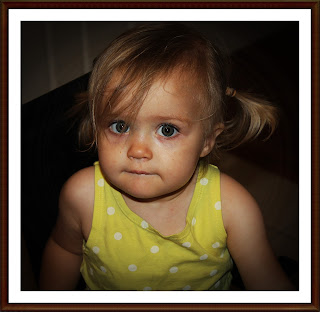 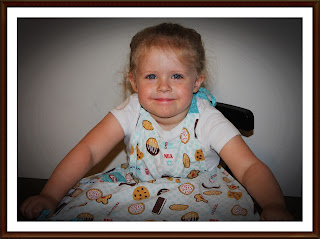 We've started a little tradition of taking cookies when we go visit. Last time we went to see him we took some of these mini chocolate chip cookies. This time we were planning on taking snickerdoodles.

In high school cooking class, one of the first things they taught us, was to read the entire recipe before starting. Ya...I didn't do that.
I got everything out and was about to start measuring the ingredients, when I finally read ahead. That's when I realized that after mixing the dough, it needed to be chilled for 2-3 hours before baking. Snikerdoodles weren't happening considering it was 6:30 pm when we go started.
That's when Dave suggested gingersnaps...Sold!!

With my helpers ready to go and my trusty Company's Coming Gingersnaps recipe in hand we got started! 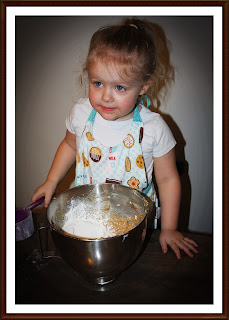 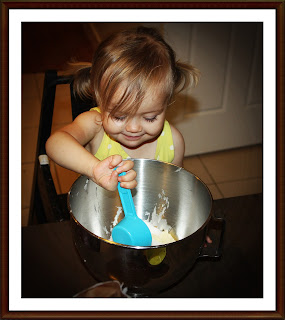 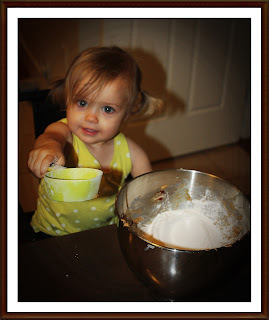 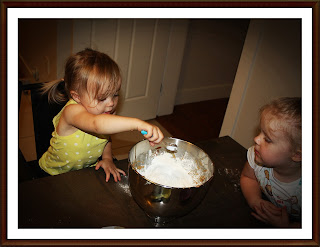 When the cookies were done, we all had to try one. Or maybe two...
The last time I made gingersnaps was at Christmas and they tasted just like I remembered!
The cinnamon, ginger, molasses and brown sugar give them their delicious spicy flavor*, which makes them super addictive! 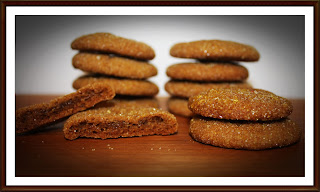 When I baked the cookies, I tried 3 different baking times, 9, 10 and 11 minutes. The longer they bake, the crispier they get. We liked them both ways. 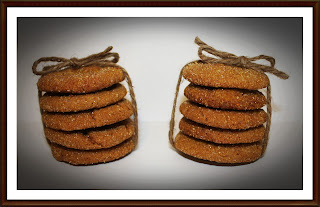 Combine next 5 ingredients in medium bowl.
Add to margarine mixture in 2 additions, mixing well after each addition until no dry flour remains.

Roll into 1 inch balls.
Roll each ball in second amount of sugar in small bowl until coated.

Bake for about 9- 11 minutes.
Let stand on cookie sheets for about 5 minutes before removing to wire racks to cool.

*I'm not a fan of ginger, at all, but I love gingersnaps. The ginger in these cookies isn't too overwhelming which I really like. If you prefer to have a 'spicier' cookie, just add more spice to taste. I've heard that adding 1/4 teaspoon white or black ground pepper or crystallized ginger can spice it up as well. 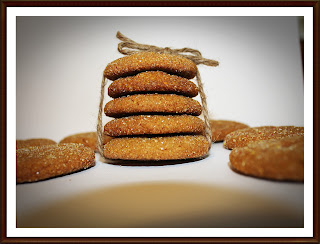 I know I've said it before, and I'm sure I'll say it again, (over and over), but I love cookies and because of that, they aren't allowed to be in the house. And these ones in particular need to go...fast!