Kids in the Kitchen: Mini Cakes

If you've read any of my posts or even just looked at my blog, I think it's pretty obvious that I love to bake. I look for any possible reason to bake cakes, cookies or any other treat.
Last week I actually had a reason...my mother-in-law and sister-in-law were coming to visit us.

My original plan was to make a fancy 2 tiered fondant covered cake. I thought it would not only be good practice, but it would look impressive. But then reality set in...I just didn't have the time to make it. And we also didn't need that much cake kicking around.

A few weeks ago I heard that Canadian Tire had a bunch of Cake Boss stuff on clearance. With my love for baking stuff and Canadian Tire, we obviously had to check it out.
When we got there, the section was pretty picked through. But sitting on the shelf staring at me, was something I'd been wanting for the last little while - a mini cake pan! 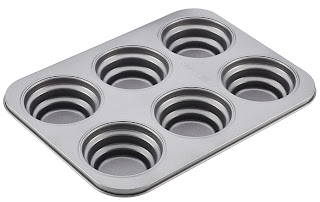 It wasn't the exact pan I'd been looking at, but it was close enough considering it was on clearance for $2.77!

I found a new recipe for a vanilla and chocolate marble cake that I wanted to try, but like I mentioned before, time wasn't on my side - our house was a bit of a mess total disaster and I still had a lot of cleaning to do. So I let Miss Betty Crocker do the work. In about 3 minutes, I had a rainbow bits cake whipped up and in the oven.

When the cakes were baked and cooled, I asked Lauren to pick two colors for icing. She chose blue and dark blue...we settled on blue and pink buttercream.
Once that was done, I got the girls ready, filled the piping bags, and let them have at the cakes. 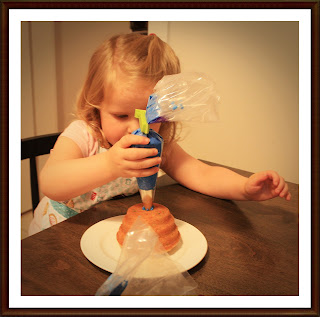 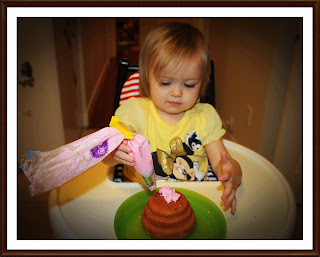 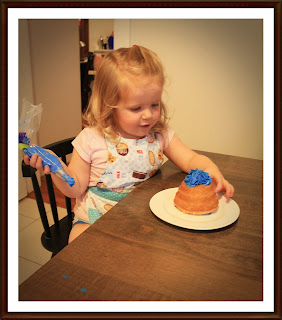 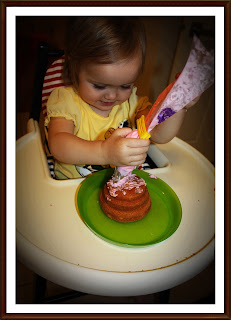 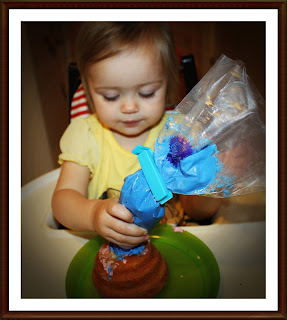 They had some serious fun piping the icing onto the cakes and did a really good job too. 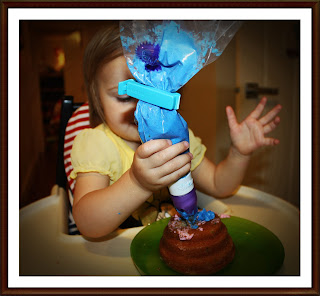 Lauren was so focused on icing her cakes that I hardly recognized her as my kid - she's almost three, and has the attention span to prove it. 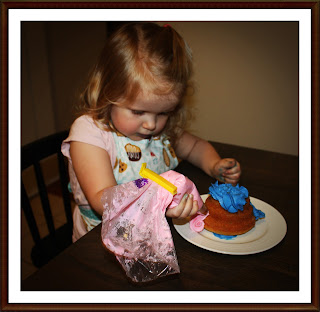 Everything was going well, and then this happened... 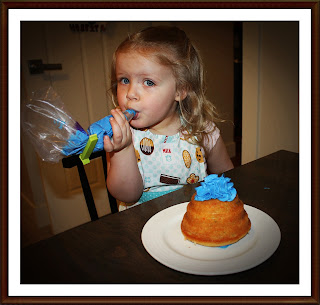 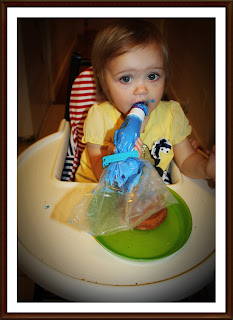 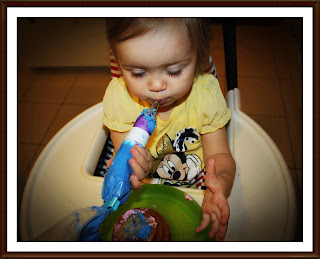 That pretty much told me that they were done decorating their cakes.
The final products were pretty great... 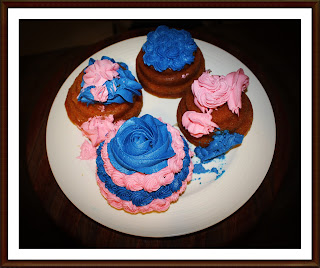 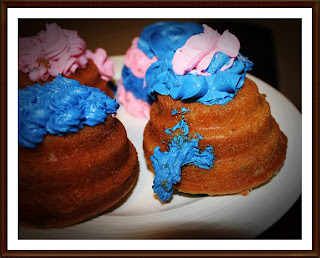 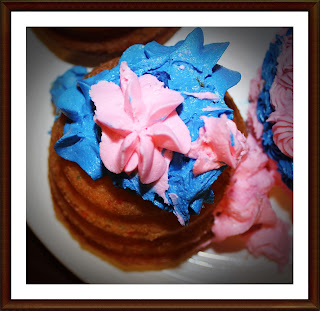 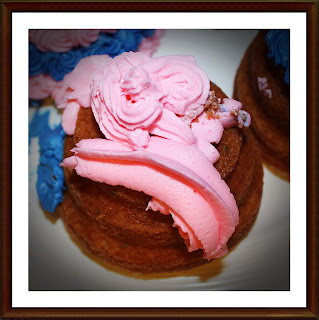 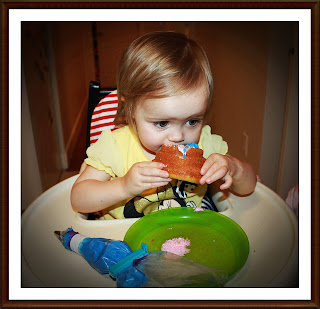 And the proud little decorators! 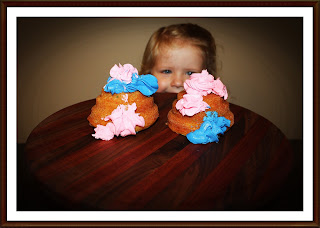 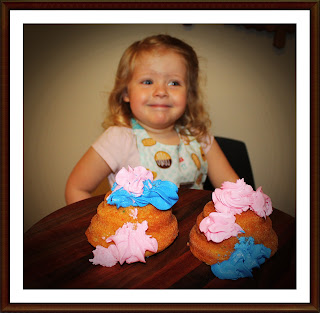 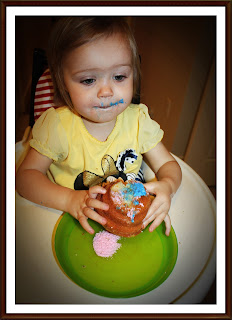 And the cakes were a big hit. Gram and Auntie Kim loved them!
Posted by Amanda at 8:28 AM