My girls love all things carbs...especially pasta, muffins and bagels.
Lately I've been making them carrot muffins which they love and have been devouring, but I was starting to get sick of them...the muffins, not my girls! So I decided to make them something more savoury. I found a recipe for these ham & cheese muffins/buns on Weelicious and figured I'd try them out. 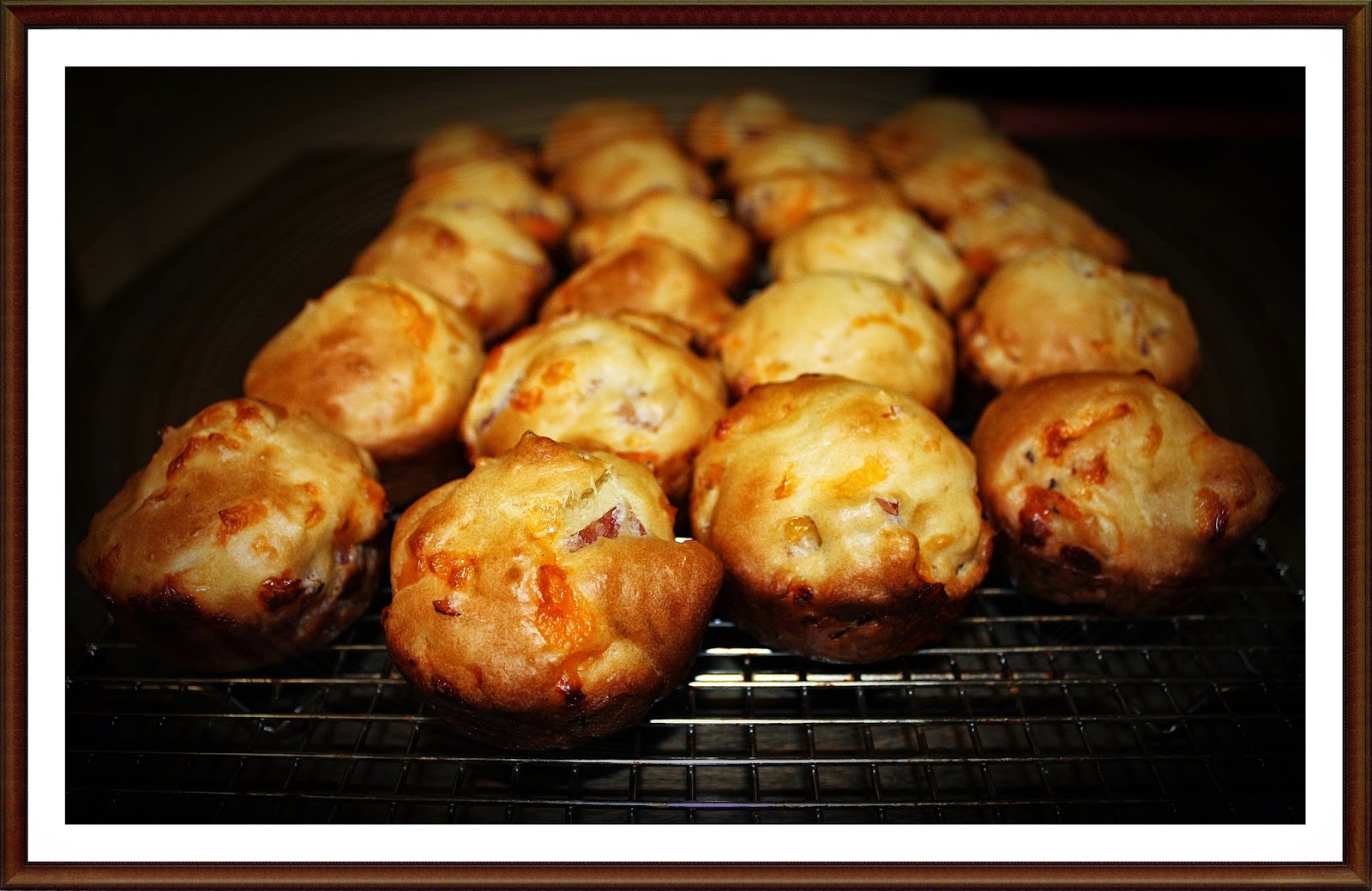 I wasn't sure if the girls would like them because quite often when I spend time making something new, they wont touch whatever it is. But after one bite, Lauren was asking for more. She probably would've eaten all 24 if I had let her. 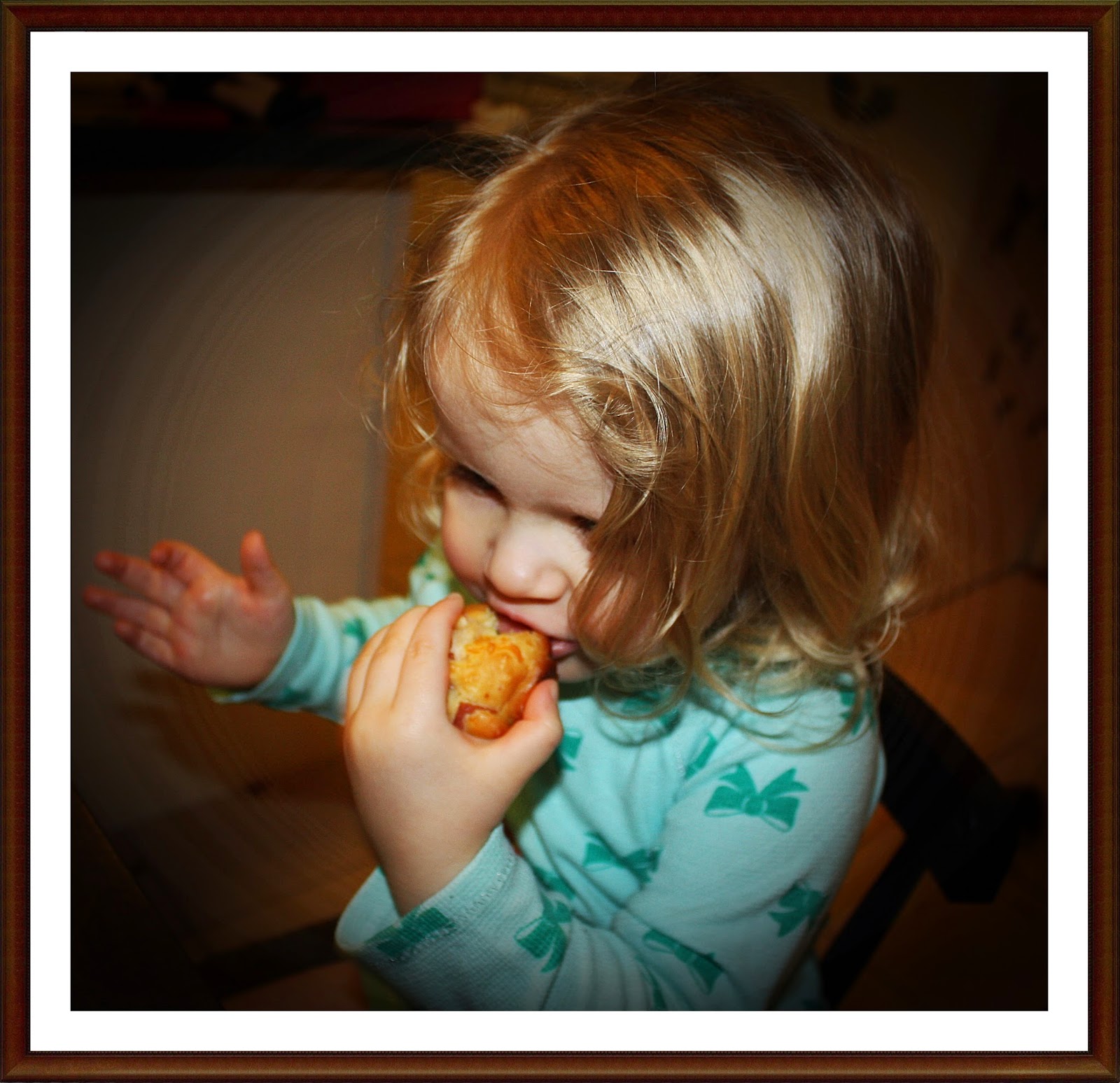 Of course Olivia wasn't interested in them at first, but the next day she was all over them. And why wouldn't she be?? They're muffins...with meat AND cheese! 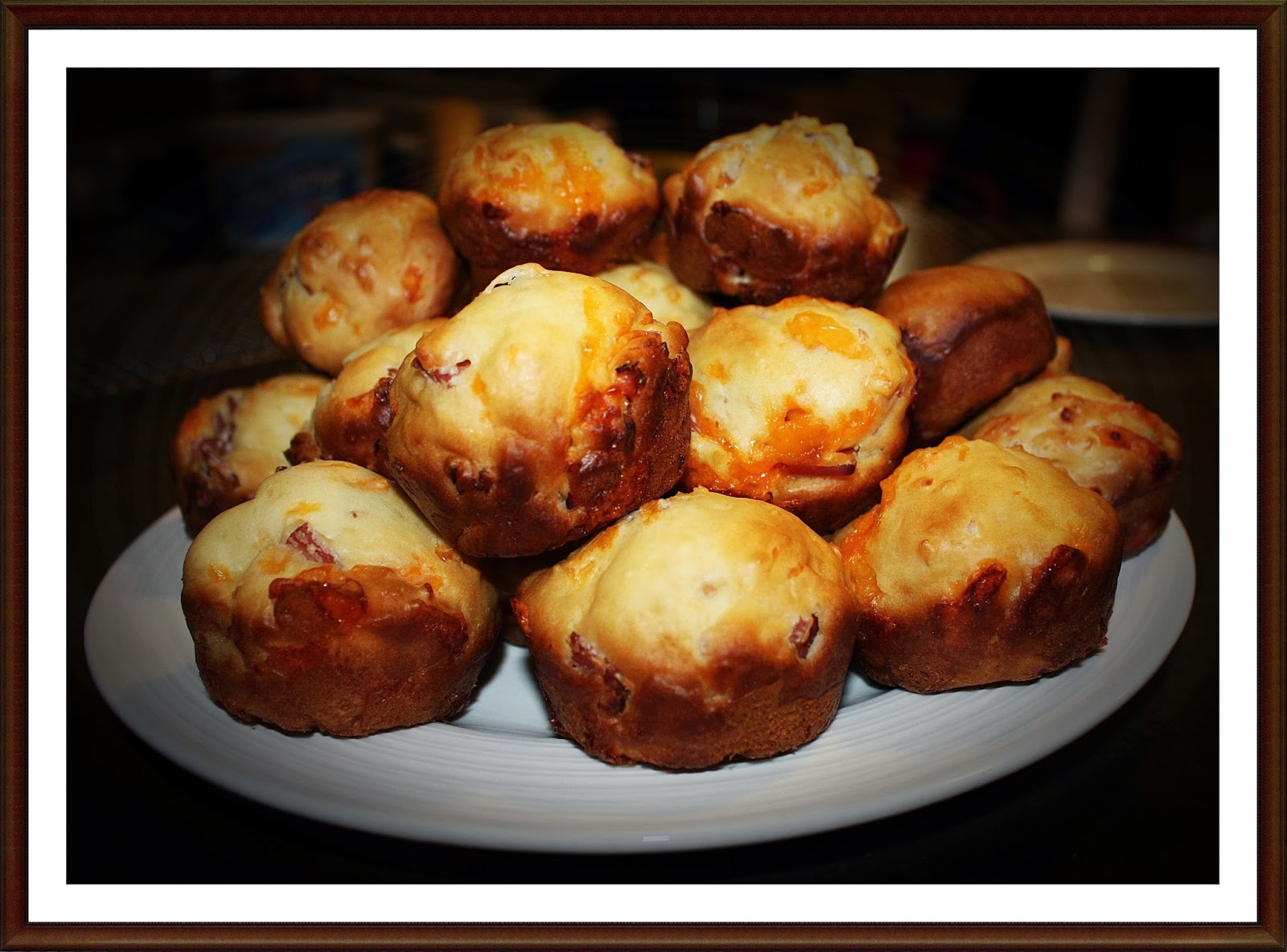 The recipe calls for whole wheat and white flour, but I only used white flour because I play by my own rules didn't have whole wheat flour and they tasted fine. The recipe suggests serving them with butter or as weird as it sounds, honey. We had to try honey and it was pretty tasty. But they're also good plain!